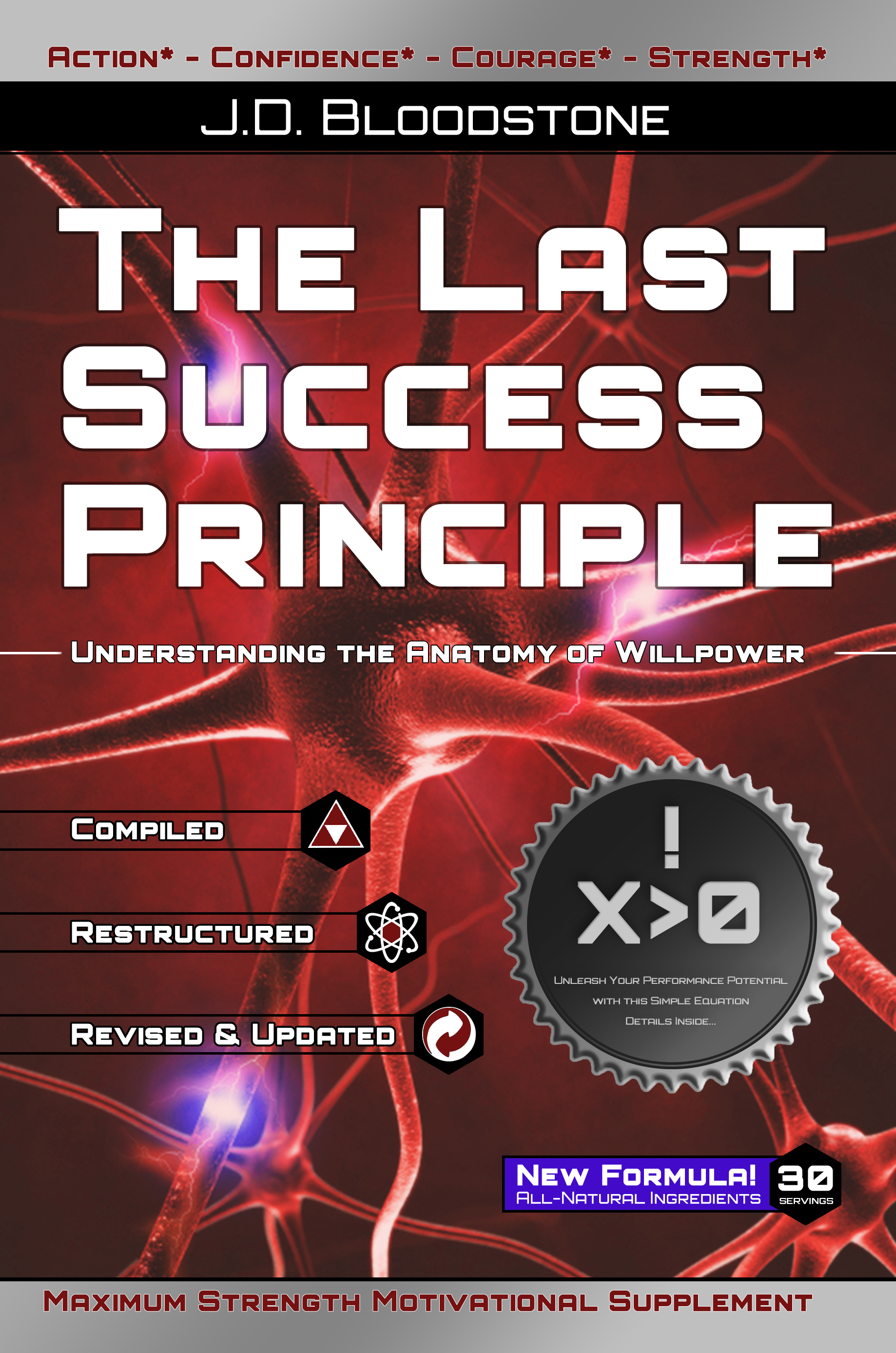 The following is an excerpt from my newest book, The Last Success Principle.  It has taken me a long time to get it into this final form.  What started as a single thought has finally evolved into what might be one of the most effective self help and self improvement books in existence.  It’s been a bumpy road, but I’ve had a lot of help along the way.  Many of my readers have helped shaped this book into what it now is and I’m very proud to share it with you…

This book is almost eight years in the making.  At its core it is a compilation of my first three books: Think & Grow Balls!, Awaken the Balls Within, and The 10 Habits of Highly Ballsy People; however, it has three distinct differences between those three standalone books.

The first and most profound difference between the book you hold and my three previous books is the treatment of the word “balls”.  While reading you’ll notice that most of the references to the word “balls”, and phrases that include the word in some way, have been altered, de-emphasized, or eliminated entirely.  In making these edits I chose similar words or phrases to ensure the replacements flowed with the text seamlessly and unnoticeably while retaining the original meaning, emotion, and encouragement.  I had considered making this major edit many times over in the last few years, especially when the Napoleon Hill Foundation sent me a cease and desist letter in 2013, but mostly because I worried that my titles and subject matter weren’t being taken as seriously as I would have liked them to.  I stubbornly refused to give in to this idea believing that it was better to stay true to the spirit in which the original books were written for years, even while writing my second and third books.  I finally decided to make this rewrite to help make my writing more appealing to a broader market, mostly the self-improvement industry, and ultimately more effective, to the people that would be helped by reading my books and the motivational tools they contain.  Some of the most poignant feedback I received on my books was in regards to “taking the edge off” of my books, letting their content speak to my readers instead of using, and perhaps overusing, a metaphor that has many interchangeable words to drive it home.  I found that by doing this, my message is communicated just as effectively, without taking the risk of turning my readers away… or worse, offending them to the point where they never give my book the chance it deserves.  I ultimately came to the conclusion the subject matter of my books, and the self-help material they contain, has the potential to be of profound help to people who read them and put what they learn into action.  With that idea in my mind this book was created.

The second major difference between this book and the three previous standalone versions is the editing.  The introduction from Think & Grow Balls! has been brought to the front of the book and now opens this book as a whole.  The introduction from Awaken the Balls Within and The 10 Habits of Highly Ballsy People have been left alone to open the second and third sections of this book; the appendices from all three books were moved to the back of this book and reordered; and, the prefaces of all three books were removed entirely, along with the acknowledgements and table of contents.  In place of the original removed sections, new ones have been created specifically for this book.  Additionally, the book titles themselves are treated as individual sections of this book as a whole, where, together in sequence, they guide you through the three books as a cohesive game plan that it has the potential to be for you.  The format and structure of each original book has been preserved, with the hope that the unique cadence and flow of each book serve as stepping stones towards guiding you down your own path of positive personal change and achieving your definite major purpose.

The third major difference between this book and the previous three is all the changes that were made to the original manuscripts based on my own preferences and on suggestions from feedback I’ve received from readers.  Over the years I have collected a pile of notes and marked up countless proof copies with all the changes I would make eventually in this compilation.  These changes range from simple typos and proofreading edits to major formatting changes and updated examples.  In some cases, the examples have been removed if they were too outdated or if I felt they detracted from what I had intended their original purpose to be.

Such as in the case of life, and especially in the case of my own personal writing process, this book is a work-in-progress.  I will never consider it “done”, “complete”, or “finished” as there will always be some way for me to make it better, even if that change were miniscule.  With that said, I intend to create “new” and “revised” editions of this book when I have enough changes to make such an edition a worthwhile endeavor.  So, send me your thoughts, suggestions, and feedback as they might make it into a new edition.  Together, we can make this book one of the most effective manuals on how to achieve personal success.

My original three books will continue to be available if you wish to see exactly what was changed, but for all intents and purposes, this book represents the whole of my work… which is more than the sum of its parts.  I sincerely hope you enjoy it and will reach out to me after having read it.  I’m pretty easy to find and will always make time for my readers.

The Last Success Principle is currently only available in trade paperback format on Lulu and Amazon.  It is my sincere effort to provide the missing ingredient to your own success formula.  I hope you’ll give it a chance and let me know what you think of it in the comments below.

How To “Find” Yourself & NLP Tactics – Free Bonus e-Books!

The Single-Best Bit of Self-Improvement Advice I Can Give…